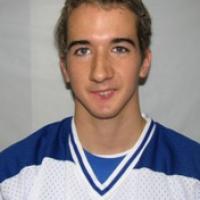 When and where did you begin this sport?
He began swimming at age 12 when his family moved to California, United States of America.
Why this sport?
His family gave him swimming lessons as a safety precaution. He was then spotted by coach Don Watkinds when he competed at the San Diego Triathlon Challenge.

He was named the 2006 Challenged Athlete Star of the Year by San Diego Hall of Champions in California, United States of America. (Athlete, 10 Aug 2011)
Famous relatives
His cousin Levi Knutson has played professional basketball in Spain. (teamusa.org, 2012)
Impairment
He was born without hands and feet. (stanford.edu, 22 Aug 2012)
Other information
FAMILY RULE
Born without hands and feet, his parents encouraged him to try as many sports as he could while he was growing up. Their only rule was that he had to try a sport at least once before he said he could not do it. (sdhoc.com, 22 Jan 2007)