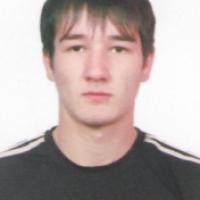 When and where did you begin this sport?
He took up Para athletics at a regional sports school for the impaired in Kazakhstan.
Name of coach
Sergei Bezgachev [personal]

Other sports
He has played sitting volleyball at national level in Kazakhstan. (express-k.kz, 05 Nov 2015)
Ambitions
Outside of sport, he would like a career as a locksmith or car engineer. (prosports.kz, 06 Aug 2015)
Impairment
He collided with a car while riding his motorcycle in 2012. The incident resulted in his left leg being amputated below the knee. (express-k.kz, 05 Nov 2015; prosports.kz, 06 Aug 2015)