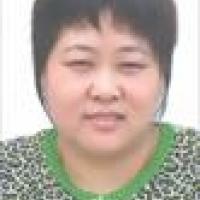 When and where did you begin this sport?
She took up the sport in 1993.
Why this sport?
Her potential was identified by national coach Li Weipu.

Memorable sporting achievement
Winning gold at the 2008 Paralympic Games in Beijing. (northnews.cn, 27 Apr 2015)
Awards and honours
In 2008 she received a May 4th Medal from the All-China Youth Federation. (scgqt.org.cn, 19 Sep 2008)

In 2004 she was named an Excellent Para Athlete by the China Administration of Sport for Persons with Disabilities. (cdpf.org.cn, 29 Sep 2004)
Impairment
Her impairment is a result of the effects of polio. She was diagnosed with the illness as a child. (baotounews.com.cn, 19 Dec 2008 )
Other information
RETIREMENT AND RETURN
She announced her retirement from the sport in 2008. However, she decided to return to competition in 2015. (northnews.cn, 27 Apr 2015)