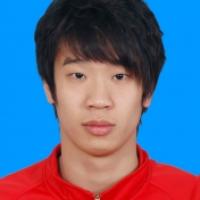 When and where did you begin this sport?
He took up Para swimming in 2005 in Guangdong, People's Republic of China.
Why this sport?
He was identified as having potential by the Guangdong Federation for Athletes with an Impairment.

Injuries
An ear infection caused him to miss the 2008 Paralympic Games in Beijing. (chaozhou.gov.cn, 13 Apr 2013)
Awards and honours
He received an award from the Chaozhou city government in China in recognition of his performance at the 2012 Paralympic Games in London. (jysh.org, 12 Apr 2013)
Impairment
He lost his left arm in 1999 after being electrocuted in an accident. (aiweibang.com, 14 Aug 2015)
Other information
RETIREMENT
He retired from competitive Para swimming in 2015. (vccoo.com, 14 Aug 2015)