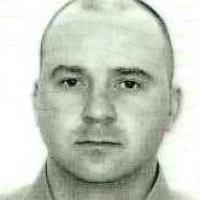 When and where did you begin this sport?
He began training in 2010 in Izhevsk, Russia.
Why this sport?
A doctor gave him the telephone number of the head of the local sledge hockey team. He called the coach, who invited him to join the team.
Club / Team
Udmurtia: Izhevsk, RUS
Name of coach
Alexander Larionov [club], RUS; Sergey Samoylov [national], RUS
Preferred position / style / stance / technique
Forward

For his performance at the 2014 Paralympic Winter Games in Sochi, he was awarded the Order for Merits to the Fatherland [first grade] by the president of Russia. (kremlin.ru, 17 Mar 2014)

In May 2012 his sporting achievements were recognised by Alexander Volkov, the president of Udmurtia. He was one of 24 athletes from the region to receive a certificate and a financial reward at the president's residence. (udm-info.ru, 18 May 2012)
Ambitions
To compete at the 2015 World Championships in Buffalo, NY, United States and the 2018 Paralympic Winter Games in Pyeongchang. (Athlete, 09 Mar 2015)
Impairment
At age 24 he was struck by a train and lost his legs. (Athlete, 06 Mar 2014)