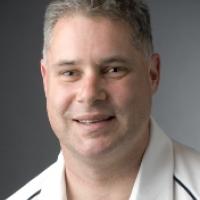 When and where did you begin this sport?
He began competing in 1982.
Why this sport?
He played a number of sports at high school, but as his sight worsened he could no longer compete in swimming, diving or basketball. He found he enjoyed throwing events, so he took up discus and shot put.
Club / Team
Glenhuntly Athletic Club: Melbourne, VIC, AUS