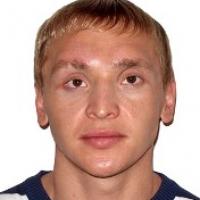 When and where did you begin this sport?
He began training in 2003 in Magnitogorsk, Russia.
Why this sport?
After getting injured, his legs became so weak that he could hardly walk. He began swimming for rehabilitation and switched to regular swimming after a para-swimming group opened in his home city.
Club / Team
Youth Sports School no.2: Magnitogorsk, RUS
Name of coach
Tatiana Shemetova
Coach from which country?
Russia
Coach from what year?
2014

Awards and honours
He holds the title of Master of Sport of International Class in Russia. (fss.org.ru, 20 Dec 2013)

Impairment
In 2000, he lost his vision when he fell from the seventh floor of his building and landed on his head. (chelyabinsk.ru, 09 Jul 2012; 1obl.ru, 09 Aug 2012; mediazavod.ru, 23 Oct 2012)
Other information
DOCUMENTARY SUBJECT
He is the subject of the documentary film called Water. It won second place in the category of "Overcoming" at an international sports film festival involving 25 countries, held in Yakutsk, Russia in 2012. (chelyabinsk.ru, 09 Jul 2012)