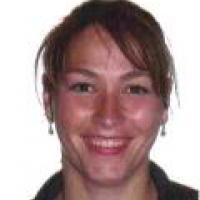 When and where did you begin this sport?
She took up athletics in 2008 at a sports school in Valencia, Spain.
Why this sport?
She realised she was good at it and that she could have a future in athletics.
Club / Team
Almenara: Castellón de la Plana, ESP

Nicknames
La nina [from her peers during her time in swimming classes]. (Athlete, 19 Aug 2012)
Hobbies
Handcycling, music, the cinema, reading. (Athlete, 19 Aug 2012)
Memorable sporting achievement
Finishing third in the F54 category at the 2010 European Championship. (Athlete, 19 Aug 2012)
Most influential person in career
Her father and her son. (Athlete, 19 Aug 2012)
Hero / Idol
Every athlete who works hard and obtains results. (torrentaldia.com, 16 Jul 2012)
Superstitions / Rituals / Beliefs
She prefers certain numbers more than others. (Athlete, 19 Aug 2012)
Sporting philosophy / motto
"Your own mind is the limit. We tend to limit ourselves in lots of things. We don't stop thinking about how difficult it is, when the only thing you have to do is go out and do it." (torrentaldia.com, 16 Jul 2012)
Awards and honours
She was named Athlete of the Year 2012 in Torrent, Spain. (fdmtorrent.com, 24 Jul 2012)
Other sports
She has competed in weightlifting, handcycling and
able-bodied handball as a goalkeeper, representing Spain in 1991. (Athlete, 19 Aug 2012)
Impairment
At age 19 she was involved in a road traffic accident. (mujerhoy.com, 05 Sep 2012)
Other information
OTHER ACTIVITIES
She has been involved as a handball coach, an elementary coach for people with impairments, and a counsellor for accessibility and adaptation plans. (sanitas-paralimpiadas.es, 2012)