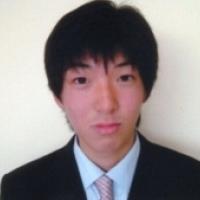 When and where did you begin this sport?
He took up the sport in year eight at middle school.
Why this sport?
He was encouraged to get involved in athletics by one of his teachers.
Club / Team
Saitama Namerikawa Running Club: Japan
Name of coach
Takafumi Kubo [club], JPN
Training Regime
He runs 20 kilometres every day.

In 2013 he received the Saitama Prefecture President Special Award in Japan. (sainokuni-sasa.or.jp, 15 Mar 2014)