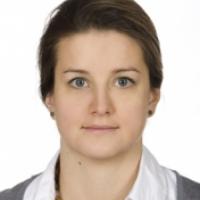 When and where did you begin this sport?
She took up the sport at age 30 at the Weisser Hof Rehabilitation Centre in Austria.
Why this sport?
She began swimming as part of her rehabilitation from a viral infection that affected her spine. "I like to be active and in the water I feel free. Sport was always part of my life."

She broke her little finger four weeks before the 2012 Paralympic Games, but was still able to take part in the event in London. (webertreiber.com, 01 Aug 2014)

In 1999 she injured her back after she was involved in a car accident. (Erste Bank und Sparkasse YouTube channel, 07 Mar 2018; kurier.at, 25 Nov 2012; oepc.at, 2012)
Sporting philosophy / motto
"Nothing is impossible if you believe in yourself and work hard." (Athlete, 01 Dec 2017)
Other sports
She competed in hockey at club level before her illness. (kleinezeitung.at, 03 Sep 2012)
Impairment
She contracted a viral infection in 2009 that resulted in paraplegia. (Athlete, 10 Sep 2019)
Other information
PARALYMPIC PREGNANCY
She was in the early stages of her second pregnancy when she competed at the 2012 Paralympic Games in London, and gave birth to a daughter in 2013. (webertreiber.com, 01 Aug 2014; kurier.at, 25 Nov 2012)