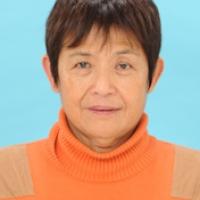 When and where did you begin this sport?
She began Para swimming at age 36.
Why this sport?
A friend encouraged her to take up the sport.
Club / Team
ASA Osaka: Japan
Name of coach
Fumiyo Minemura [national], JPN

She received the Asahi Shinbun Sports Award in 2000. (asahi.com, 23 Apr 2015)
Milestones
She was the oldest female swimmer from any nation to compete at the 2000 Paralympic Games in Sydney. (s-rights.co.jp, Oct 2005; SportsDeskOnline, 15 Apr 2019)
Ambitions
To compete at the 2020 Paralympic Games in Tokyo. (airsleep.jp, 14 Aug 2018)
Impairment
She was diagnosed with nephrosis, a kidney disorder, at age 11. She began using a wheelchair at age 23. (s-rights.co.jp, Oct 2005)
Other information
OTHER ACTIVITIES
She served as a town planning advisor in Tokyo in 2015 and is working on projects related to the 2020 Paralympic Games in Tokyo. She has also served as a board member of the Hyogo Prefecture Boccia Association and the Hyogo Prefecture Para Swimming Association. (yomiuri.co.jp, 12 Jan 2015; kouenirai.com, Oct 2003)

RETIREMENT AND RETURN
She retired from competition for a number of years due to classification issues, before returning to the sport in 2015. (s-rights.co.jp, 06 Dec 2018)