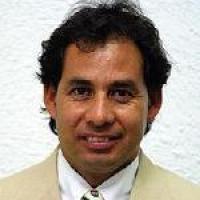 When and where did you begin this sport?
He took up sport at age 18 at the Centro Deportivo Morelia in Mexico.
Why this sport?
He was invited to join a sports group for people with an impairment in Morelia, Mexico. He initially tried swimming before taking up athletics. "When I got there I thought it was impossible for a person without legs to swim, but they taught me that the biggest obstacle in life is our way of thinking, not our impairment. From there I started to compete at national level and qualified for the Parapan American Games and then the Paralympic Games."
Name of coach
Joel Espinoza [national], MEX

He was presented with the National Sports Award [Premio Nacional del Deporte] in 2002, the highest honour that a Mexican athlete can receive. (quadratindeportes.com.mx, 14 Nov 2012; Athlete, 17 Nov 2010)
Ambitions
To compete at the 2020 Paralympic Games in Tokyo. (sistemamichoacano.tv, 22 Jun 2017)
Impairment
His impairment is due to the effects of polio. He was diagnosed with the illness at age eight months. (razon.com.mx, 10 Sep 2016; milenio.com, 22 Jan 2016; Chic Magazine Laguna, 22 Jan 2016)