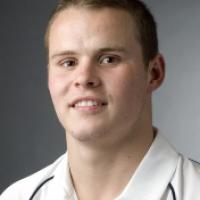 Why this sport?
"In school I wasn't encouraged to take part in sport due to a lack of awareness on the teachers part. So then I found swimming. I had upper body strength and I was able to beat my mates, so I took solace in swimming."
Club / Team
Tritons Swimming Club: Melbourne, VIC, AUS

In 2009 he received the Order of Australia Medal [OAM] for services to his country and for being a role model for his younger teammates. (sambramham.com.au, 11 Oct 2012)
Other sports
He won bronze at the 2015 Para-Triathlon Oceania Championships in Penrith, NSW, Australia. (triathlon.org, 2016)
Impairment
He was born without a femur in his right leg and had an above-knee amputation at age five. (paralympiceducation.org.au, 16 Dec 2009; Twitter profile, 24 Oct 2016)
Other information
BOOK
In September 2014 his biography 'Three Quarter Man' was published. (sambramham.com.au, 30 Jun 2014)