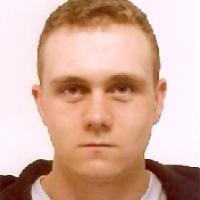 When and where did you begin this sport?
He began swimming at age five and joined his first club at age nine.
Why this sport?
"I have always had a go at sport but swimming has been the one I have done most as it is non weight bearing, which with my impairment I am able to do like anyone else."
Club / Team
Newport Swimming Club: Wales
Name of coach
Ross Nicholas
Training Regime
During heavy training he will do nine two-hour water sessions per week. He also does two land-based training sessions each week.

Nicknames
Salmon (paralympics.org.uk, 22 Jan 2010)
Hobbies
Listening to music. (swimming.org, 19 Aug 2010)
Memorable sporting achievement
Winning a gold medal at the 2008 Paralympic Games in Beijing. (swimming.org, 2013)
Most influential person in career
His family. (swimming.org, 19 Aug 2010)
Hero / Idol
British Paralympic swimmer Sascha Kindred. (British Swimming Media Guide, 10 Jul 2011)
Injuries
In 2010 he was in a near-fatal car crash that kept him out of training for several months. (bbc.co.uk, 07 Jul 2011)
Sporting philosophy / motto
"Always work to the best of your ability. Believe in yourself and never give up. Follow your dreams." (swimming.org, 19 Aug 2010)
Famous relatives
His brother Oliver has also represented Great Britain in swimming. (chad.co.uk, 01 Jul 2013)
Impairment
In 2007 he was diagnosed with neuromuscular myopathy, which weakens his legs. (bbc.co.uk, 07 Jul 2011)
Other information
RETIREMENT
On 03 February 2014 he announced his retirement from competitive swimming. "I just felt it was time for a change and a new challenge in my life." (bbc.co.uk, 03 Feb 2014)