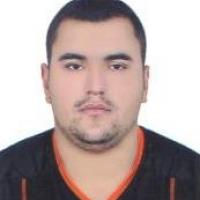 When and where did you begin this sport?
He took up athletics at age 12.
Why this sport?
He first trained in taekwondo for a few months, but did not enjoy the sport and decided to quit. His friend then suggested that he try athletics. "For about a year, I only went to athletics to lose weight, but little by little, I started to participate in provincial competitions. In fact, I did not know from the beginning that I had such an ability, but with success in provincial competitions, I started to realise that I had a talent for it."
Name of coach
Bahman Rezaei [national]