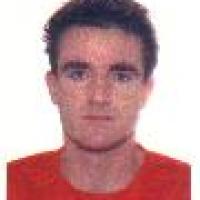 He received the Gold Medal for Sporting Merit from the government of Valencia in 2004. (Facebook page, 07 Aug 2016)
Impairment
He has Charcot Marie Tooth disease. The condition was diagnosed at age 18 months. (santiago-sanz.com, 20 Nov 2010)
Other information
RETIREMENT
He has said he will retire from competition after the 2016 Paralympic Games in Rio de Janeiro, and plans to become a coach. (santiago.sanz.com, 19 Jul 2016)