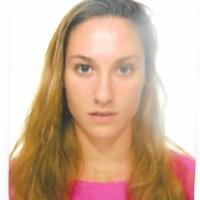 When and where did you begin this sport?
She began swimming at age three at a club in Terrassa, Spain, and started competing at junior international level at age nine.
Why this sport?
Coaches saw her swimming and suggested she become involved in competition. "I have loved the water so much since I was a child."
Club / Team
Universidad Catolica de Murcia [UCAM]: Spain
Name of coach
Laureano Gil [national]; Miguel Vazquez Calvo [personal], from 2016
Training Regime
She trains in the pool for up to five hours a day at the High Performance Centre in Sant Cugat, Spain. She also does regular cardiovascular and strength work.

She was one of the recipients of the 2017 Athlete of the Year award at the National Sports Gala by the Spanish Association of Sports Press. (aepde.org, 20 Feb 2018)

She received an award from the Catalonian Swimming Federation in Spain in recognition of her performance at the 2016 Paralympic Games in Rio de Janeiro. (eurosport.es, 18 May 2017)

In 2015 the Higher Sports Council [CSD] in Spain granted her membership of the Royal Order of Sporting Merit in the gold medal category. (paralimpicos.es, 29 Jul 2015)

She was named the 2012 Athlete of the Year in Terrassa, Spain. (dxtadaptado.com, 21 Mar 2013)
Ambitions
To win a gold medal at the Paralympic Games. (efe.com, 26 Sep 2020)
Impairment
She was born without her left forearm [hemimelia]. (Athlete, 15 Aug 2018; 20minutos.es, 10 Sep 2008)
Other information
EARTHQUAKE EXPERIENCE
In September 2017 she was in Mexico City, Mexico, when a 7.1-magnitude earthquake struck. She was training at the Mexican Paralympic Centre [CEPAMEX] along with her national teammate Jose Antonio Mari-Alcaraz and their coach Miguel Vazquez Calvo ahead of the 2017 World Championships, which were rescheduled for a later date following the earthquake. "Everything moved from one side to the other. We could not walk. The floor was shaking and people were crying and screaming on the street. I could not sleep that night, afraid of an aftershock. It was something that I will never forget." (marca.com, 21 Sep 2017)

COMBINING TRAINING WITH STUDYING
She has studied for a degree in primary education at the Catholic University of Murcia [UCAM] in Spain. She was inspired to pursue the profession by her mother, who also works as a teacher. "I always saw the passion with which she did her work and I always liked everything related to it. I believe that educating the little ones in values helps us to generate a more inclusive society, where equality takes place. UCAM opened the doors for me to be able to study and has been fundamental in combining my studies with my sporting career. It gets tough. After training and being so exhausted, it's hard to concentrate 100%. Thanks to the UCAM and remote study I can adjust and organise according to my sporting needs. That's essential to me." (paralimpicos.es, 24 Sep 2020; ucamdeportes.com, 23 Oct 2020)