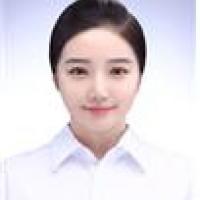 When and where did you begin this sport?
She took up the sport in February 2014 in Geoje, Republic of Korea.
Why this sport?
She began swimming as part of her rehabilitation.
Club / Team
Chungcheongbuk-do Sports Association for Disabled: Korea
Name of coach
Kang Seok-In [club], KOR

Most influential person in career
Her mother. (office.kbs.co.kr, 23 Dec 2014)
Sporting philosophy / motto
"Believe in yourself and take on the challenge." (gjn.kr, 11 Nov 2014)
Other sports
She has competed in Para archery at national level. (KPC's Naver blog, 10 Oct 2017)
Impairment
In 2012 she was diagnosed with Guillain-Barre syndrome. The condition resulted in paralysis to her lower limbs. (geojenews.co.kr, 03 Jul 2014)