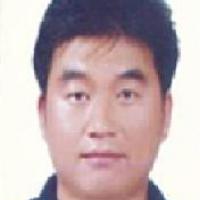 When and where did you begin this sport?
He took up the sport after watching the 2000 Paralympic Games in Sydney.
Why this sport?
Previously a wheelchair basketball player, he switched to shooting Para sport because it was less physical. He was also fascinated by shooters at the 2000 Paralympic Games in Sydney.
Club / Team
Gyeonggi Province: Korea

Awards and honours
In 2013 he was given the Namhae County Grand Prize in the Republic of Korea. (newsis.com, 15 Oct 2013)

In 2013 he received an Excellent Para Athlete Award at the Coca-Cola Athletics Awards Ceremony in the Republic of Korea. (welfarenews.net, 31 Jan 2013)
Other sports
He represented the Republic of Korea in wheelchair basketball at the 2000 Paralympic Games in Sydney. (yonhapnews.co.kr, 31 Aug 2012)
Impairment
The impairment to his lower limbs is the result of a motorbike accident he was involved in when he was a high school student. (newsis.com, 15 Oct 2013; cctimes.kr, 27 Sep 2012)
Other information
OTHER ACTIVITIES
He has served as chief of the Athletes' Commission of the Korean Paralympic Committee. (news.chosun.com, 13 Sep 2018)