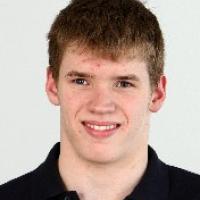 When and where did you begin this sport?
He took up swimming lessons at age six, and competition at age 13.
Why this sport?
He was encouraged to take up the sport by his father. "I come from a sporty family and my dad took me along to a swimming club when I was six. It is the best thing he has ever done and I admire him for it."
Club / Team
Manchester HPC: England
Name of coach
Mick Massey [club]

SCHOOL HONOUR
His achievements have been acknowledged by Lasswade High School in Bonnyrigg, Scotland, which he attended as a teenager. An image of him has been superimposed onto the back wall of the swimming pool at the school. (midlothian.gov.uk, 31 May 2013)