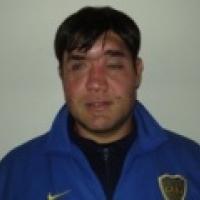 When and where did you begin this sport?
He took up shot put at age 14.
Why this sport?
He originally began the sport as a hobby.
Training Regime
He trains every morning from Monday to Friday. His sessions take place at the National Centre of High Performance Athletics [CeNARD] in Buenos Aires, Argentina.