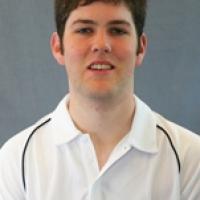 Why this sport?
He likes that the fact that para-shooting is an individual sport and that he does not have to rely on other people.
Name of coach
Miro Sipek [national]
Coach from which country?
Australia

ROBBERY
One month before he was due to compete at the 2008 Paralympic Games in Beijing his car was stolen from St Mark's College in Adelaide, SA, Australia. He had 4,500 Australian dollars worth of shooting equipment in the car. "It was just the most devastating feeling I have ever felt. I was just so upset and so scared of what was going to happen. The first thing that came to mind was, 'Oh God, I won't be able to go to the Paralympics'. I was just absolutely frantic." (abc.net.au, 11 Aug 2008)