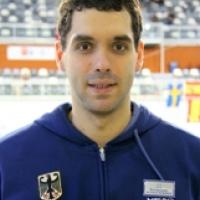 When and where did you begin this sport?
He took up swimming at age six in Leverkusen, Germany. He began training seriously at age 10.
Why this sport?
His friends started swimming so he decided to take it up too.
Club / Team
SG Bayer: Germany
Name of coach
Jarbas in den Bosch [club], NED, from 2015; Ute Schinkitz [national], GER; Phillip Semechin [personal], GER

He struggled with a nagging shoulder strain during 2008, due to a partially torn tendon. (Athlete, 23 Jul 2010)

He underwent back surgery to fix a slipped disc following the 2004 Paralympic Games in Athens, and then suffered bursitis in his shoulder in 2005. (Athlete, 23 Jul 2010)
Sporting philosophy / motto
"It is important to follow your goals and to not stop after setbacks." (paralympic.org, 20 Nov 2013)
Awards and honours
In November 2012 he received the Silbernes Lorbeerblatt [Silver Laurel Leaf] for winning a silver and bronze medal at the 2012 Paralympic Games in London. (bundespraesident.de, 07 Nov 2012)
Impairment
He was born without kneecaps or shins. (sport.bayer.com, 17 Sep 2008)