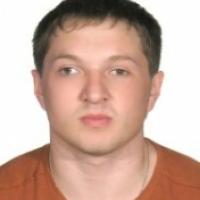 When and where did you begin this sport?
He began training in 2006 at age 17 in Ufa, Russia.
Club / Team
Youth Sports School No.1: Biysk, RUS
Name of coach
Alexander Smirnov, RUS

He carried the Paralympic torch in Biysk as the relay made its way through Russia ahead of the 2014 Paralympic Winter Games in Sochi. (altapress.ru, 06 Feb 2014)
Other sports
He has competed for Russia in powerlifting. He has set a world record in the sport and earned the title of Master of Sport of International Class in Russia. (Athlete, 22 Dec 2015; altapress.ru, 06 Feb 2014)
Ambitions
To win gold at the Paralympic Games. (Athlete, 22 Dec 2015)