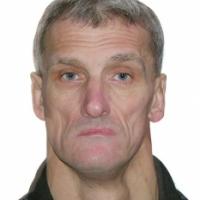 When and where did you begin this sport?
He took up athletics in 2006 in Petropavl, Kazakhstan.
Why this sport?
He liked running and training in athletics.
Club / Team
Umit: Petropavl, KAZ
Name of coach
Vyacheslav Latyshev, KAZ, from 2006; Elena Pakhomova; Elena Parfenova

Hobbies
Playing chess. (Athlete, 03 Sep 2016)
Memorable sporting achievement
Competing at the 2012 Asian Championships in the United Arab Emirates. (Athlete, 21 Oct 2015)
Hero / Idol
Jamaican sprinter Usain Bolt, Kazakh road cyclist Alexander Vinokourov. (Athlete, 21 Oct 2015)
Injuries
He sustained a minor injury during training for the 2013 World Championships in Lyon, France. However, he was still able to participate at the competition, but opted to miss the 2013 International Wheelchair and Amputee Sports [IWAS] World Games in Stadskanaal, Netherlands, so that he could focus on his recovery. (sk-sport.kz, 26 Sep 2013)
Sporting philosophy / motto
"Always be among the medallists." (Athlete, 21 Oct 2015)
Awards and honours
He holds the title of Master of Sport of International Class in Kazakhstan. (izdatelstvo-sk.kz, 17 May 2016)
Ambitions
To become a coach at a local club. (Athlete, 03 Sep 2016)