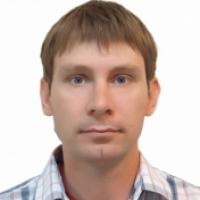 When and where did you begin this sport?
He took up the sport in 1986 in Balashov, Russian Federation.
Why this sport?
He lived near a sports complex that offered shooting training.
Club / Team
Nadezhda Gubernii Sports School of Olympic Reserve: Saratov, RUS
Name of coach
Marina Moiseeva [personal], RUS

Hobbies
Reading books. (paralymp.ru, 01 Aug 2021)
Awards and honours
In recognition of the bronze medal he won at the 2020 Paralympic Games in Tokyo, he received the Order of Friendship in the Russian Federation. (kremlin.ru, 11 Sep 2021)

In recognition of his performances at the 2008 and 2012 Paralympic Games, he was decorated with the Orders for Merit to the Fatherland [second and first class] by the president of the Russian Federation. (sarinform.ru, 20 Sep 2012)

He was voted the Best Shooter at the 2005 European Championships in Espoo, Finland. (sarinform.ru, 20 Sep 2012)

He holds the title of Honoured Master of Sport in the Russian Federation. (minsport.gov.ru, 28 Dec 2021)
Other information
BREAK FROM SHOOTING
After the 1996 Paralympic Games in Atlanta, he was out of action for eight years due to his work and studies. He returned to international competition at the 2005 European Championships in Espoo, Finland, where he won five silver medals. (sarinform.ru, 20 Sep 2012)

Top pistol shooters to watch out for