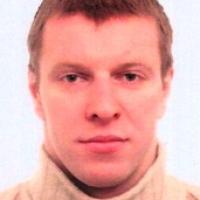 When and where did you begin this sport?
He began swimming in 1991 in Belarus, under coach Igor Makeev.
Why this sport?
He took up Para swimming in 2002 after watching a television programme featuring swimmer Roman Makarov, who won a gold medal at the 2000 Paralympic Games in Sydney. His father Vyacheslav encouraged him and he took part in his first competition for visually impaired swimmers in 2003.
Club / Team
Youth of Moscow: Russia
Name of coach
Vadim Labokha [personal], RUS, from 2013

For his achievements at the 2012 Paralympic Games in London, he was awarded the Order of Friendship of the Russian Federation. (pravo.gov.ru, 12 Sep 2012)