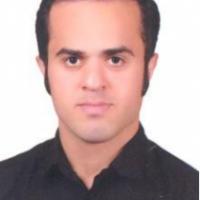 When and where did you begin this sport?
He took up the sport in 2003.
Why this sport?
Powerlifting interested him so he decided to try it.
Name of coach
Ali Asghar Ravasi [national]; Ali Fakhravar [national]

Hobbies
Sport, playing video games. (Athlete, 18 Jul 2019)
Memorable sporting achievement
Winning silver in the 59kg category at the 2018 Asian Para Games in Indonesia. (SportsDeskOnline, 03 May 2021; Athlete, 18 Jul 2019)
Most influential person in career
His mother. (Athlete, 16 Jan 2018)
Hero / Idol
Iranian footballer Ali Karimi. (Athlete, 16 Jan 2018)
Famous relatives
His cousin Ali Karimi was a professional footballer and played 127 international games for the Islamic Republic of Iran. (rsssf.com, 07 Nov 2012; goaldaily.ir, 19 Dec 2010)
Impairment
His impairment is a result of the effects of polio. (Athlete, 18 Jul 2019)
Other information
SANCTION
He was suspended from competition for two years after testing positive for the banned substance methylhexaneamine at the 2012 Malaysia Open in Kuala Lumpur. At an International Paralympic Committee [IPC] hearing he claimed that he had taken a supplement before the competition and was not aware it contained the substance. His sanction began on 29 February 2012 and his qualification spot for the 2012 Paralympic Games in London was revoked. (paralympic.org, 30 Apr 2012)