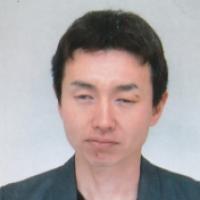 When and where did you begin this sport?
He took up the sport in 2006 in Kyoto, Japan.
Why this sport?
His friend recommended he start jogging.
Club / Team
Nagase : Japan

He received the Kirari Ibaraki Grand Award, part of an achievement award in Ibaraki, Japan, after he finished sixth at the 2016 Paralympic Games in Rio de Janeiro. (city.ibaraki.osaka.jp, 19 Oct 2016)

In 2012 he received the Impressive Osaka Grand Prize. (sponichi.co.jp, 27 Sep 2012)
Ambitions
To win a medal at the 2020 Paralympic Games in Tokyo. (tokyo-np.co.jp, 09 Nov 2019; special-contents.komei-shimbun.jp, 30 Dec 2019)
Impairment
He was diagnosed with retinitis pigmentosa in the 11th grade at high school. He lost his vision completely in his third year of university. (nikkansports.com, 19 Sep 2015; wadashinya.com, 05 Mar 2015)
Other information
OCCUPATION
He used to work for the Osaka Blind Welfare Association, but left the organisation to work for the trading firm Nagase, as it allowed him more time to focus on training ahead of the 2020 Paralympic Games in Tokyo. "I wanted to test my potential as a runner. The Nagase company environment allows me to train as much as I want." (special-contents.komei-shimbun.jp, 30 Dec 2019)