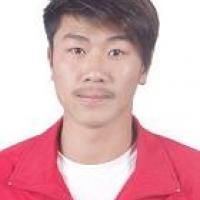 When and where did you begin this sport?
He took up Para swimming in 2004 in Kunming, People's Republic of China.
Club / Team
Yunnan Province: Kunming, CHN

He was chosen to carry the torch through Chengdu in the People's Republic of China in the 2015 National Games for the Impaired and received the May 1st Labour Medal and the May 4th Youth Medal. (news.163.com, 11 Sep 2015)