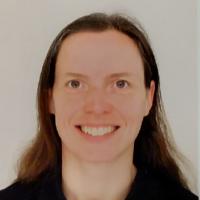 When and where did you begin this sport?
She got into Para skiing through the Battle Back programme for injured and wounded service personnel in Great Britain. "I took up skiing through the Battle Back programme in 2015 and subsequently was invited to join the Armed Forces Para Snowsport Team."
Why this sport?
She saw an advert promoting a ski camp in Bavaria, Germany while she was at Headley Court Defence Medical Rehabilitation Centre in Epsom, England. She attended the camp and was inspired to take up the sport seriously. "I'd never skied before my injury. It's a cliche, but it's true that skiing gives you freedom. Everyone is on the same mountain regardless of whether or not they have been injured."
Club / Team
Armed Forces Para-Snowsport Team [AFPST]: Great Britain

Hobbies
Playing the French horn and piano. (edinburghnews.scotsman.com, 06 Mar 2022)
Superstitions / Rituals / Beliefs
"When I'm at the top at the start gate I like it to be quiet - music can be distracting as I concentrate on it too much, so I quite like that focus." (edinburghnews.scotsman.com, 06 Mar 2022)
Sporting philosophy / motto
"At the start of my injury I was told all the things I could not do, my answer was why not? I will prove to you I can." (raf.mod.uk, 07 Dec 2021)
Awards and honours
She was named Member of the Most Excellent Order of the British Empire [MBE] in the 2022 New Year Honours list. (gov.uk, 31 Dec 2021)

In 2021 she was named Royal Air Force [RAF] Sportswoman of the Year in Great Britain. (raf.mod.uk, 07 Dec 2021; dailyrecord.co.uk, 25 Nov 2021)
Other sports
She finished second in the women's PTS4 event at the 2021 British Para Triathlon Championships at Dorney Lake, England. (britishtriathlon.org, 20 Jul 2021; Instagram profile, 12 Aug 2021)
Ambitions
To compete at the Paralympic Winter Games. (Instagram profile, 08 Oct 2021)
Impairment
She lost the use of her right leg as the result of an injury she sustained in 2012 while training in the Royal Air Force [RAF] in Great Britain. In 2018, she decided to have the limb amputated. "I slid off a ledge into a loading bay and didn't realise it was bad. I thought I'd just twisted my ankle and would be able to walk it off. But when I got back to base and took my boot off, my leg was black and blue, it was bruised up to my knee and very swollen. I had suffered severe ligament damage. The injury developed complex regional pain syndrome, which is basically when your nerves don't fire correctly. It swelled up, and I couldn't walk on it. My foot was useless for six years. Eventually, after all the medical options were exhausted, I decided on amputation. Straight after surgery, I felt much better. It was definitely the right decision." (exhibitions.armymuseums.org.uk, 22 Nov 2018)
Other information
OCCUPATION
In 2022 she was serving as a corporal in the Royal Air Force [RAF] in Great Britain. She also serves as a musician with the RAF Music Services. "I've got a degree and a master's in music, and before joining up I worked as a session musician, taught, and performed. Anything that paid the bills. But I wanted some stability, so I joined the Royal Air Force. I'd expected training to be horrendous, but I enjoyed it before my accident. Even though I was injured, I've stayed in and play in the bands, take part in concerts and recording sessions, and play in the Officers' Mess. Apart from being in uniform, the job isn't that different from being a civilian musician. Marching is obviously a big part of being a military musician, though. I use a prosthetic, and we have trousers on when we parade, so nobody will ever know." (Athlete, 17 Feb 2022; gbsnowsport.com, 31 Dec 2020; exhibitions.armymuseums.org.uk, 22 Nov 2018; raf.mod.uk, 29 Jul 2020, 11 Jul 2017)

FURTHER EDUCATION
She has studied for a master's degree in music at Arizona State University in Tempe, AZ, United States of America. (olympics.com, 25 Dec 2021; dailyrecord.co.uk, 25 Nov 2021)