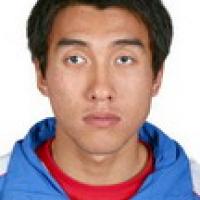 When and where did you begin this sport?
He took up the sport in 2001 in Nanjing, People's Republic of China.
Why this sport?
He was overweight as a child so took up para-athletics to improve his health. His talent was noticed by coach Liu Jianping.

In 2008 he received the May 4th Youth Medal in People's Republic of China. (scgqt.org.cn, 19 Sep 2008)
Famous relatives
His wife Wu Chunmiao won a gold and silver medal in athletics at the Paralympic Games in both 2004 and 2008. (jschina.com.cn, 20 May 2013; SportsDeskOnline, 16 Sep 2008)
Impairment
His impairment is a result of a congenital condition that affects the iris in his eye. (mt.sohu.com, 22 Jul 2016)
Other information
RETIREMENT
He retired from the sport and began coaching para-athletes in Nanjing, People's Republic of China. (mt.sohu.com, 22 Jul 2016)

BUSINESS OWNER
He set up a massage parlour in Qingdao, People's Republic of China. The business predominantly employed people with a visual impairment. (ifeng.com, 20 Jun 2013)