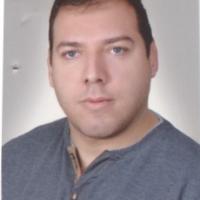 When and where did you begin this sport?
He took up Para athletics at age 10.

Ambitions
To compete at the 2020 Paralympic Games in Tokyo. (imna.ir, 01 Aug 2021; varzesh3.com, 13 Jul 2021)
Impairment
He has cerebral palsy. (Athlete, 23 Jul 2017)
Other information
PERSONAL LOSS
Before the 2015 World Championships in Doha, Qatar, he told reporters that he wanted to win a gold medal and qualify for the 2016 Paralympic Games in Rio de Janeiro to honour the memory of his wife, who had passed away two months earlier. After winning a gold medal in the F34 shot put, he pulled out of the discus throw competition following the death of his father, and he returned home early to Tabriz, Islamic Republic of Iran, to attend the funeral. (rcs-ea.ir, 29 Oct 2015; davandegan.com, 28 Oct 2015)