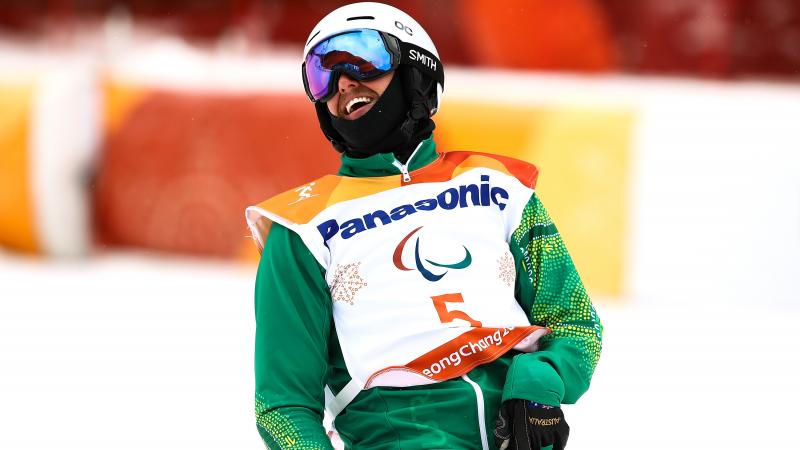 Simon Patmore made history at PyeongChang 2018, breaking a 16-year drought for Australia at the Paralympic Winter Games when he won snowboard-cross gold. He also became the first Australian male to win a medal at both a Winter and Summer Paralympic Games.

Patmore’s Paralympic gold came in thrilling fashion, as he beat Italy’s Manuel Pozzerle in a tight race for the men’s SB-UL crown. It was the Australian’s first major gold in the sport, and certainly one of the biggest surprises in PyeongChang. A few days later, he followed up with bronze in banked slalom.

But perhaps Patmore’s rise in snowboard was no surprise, as he was switching over from a successful Para athletics career. In 2010 he won a Commonwealth Games gold medal in the men’s 100m T46. He made his Paralympic debut less than two years later at London 2012, where he finished just 0.31 seconds behind Brazil’s gold medallist, Yohansson Nascimento, to win bronze over 200m.

He switched to snowboard after learning there was a class for people with an upper limb impairment and that the sport would be on the programme for PyeongChang 2018.

Patmore took top honours in the snowboard-cross at the 2015-16 World Cup in Trentino, Italy. It was his first victory in the sport. But amid tight competition, he did not reach the top spot until the 2017 World Cup in Pyha, Finland, where he also won in boarder-cross.

Patmore has finally found his consistency in the 2018-19 season with more podium finishes and looks on target to secure his first World Championship medal in snowboard.

When and where did you begin this sport?
He took up Para athletics in 2009, and switched to Para snowboarding in 2014.
Why this sport?
He took up Para snowboarding after he discovered the category for his impairment had been included in the programme for the 2018 Paralympic Winter Games in Pyeongchang. "I have a passion for board sports. When the Australian Paralympic Committee called me up and said, 'Hey, do you want to give snow sports a go?', I was like, 'Yep, sign me up. What do I do?'. The transition [from Para athletics] I found pretty hard on the first year, but just being taught how to snowboard really well. I've picked up a few medals and it's built my confidence."
Club / Team
Queensland Academy of Sport: Australia
Name of coach
Lukas Prem [national], AUS

A hamstring injury prevented him from competing in the 100m and 4x100m relay at the 2012 Paralympic Games in London. He returned to competition a month after the Games. (adelaidenow.com.au, 12 Sep 2012)
Sporting philosophy / motto
"I think I can, I know I can." (Facebook page, 28 Dec 2018)
Awards and honours
He was presented with the 2018 Para Performance of the Year award by the Australian Institute of Sport. The honour was in recognition of the gold medal he won at the 2018 Paralympic Winter Games in Pyeongchang. (sbs.com.au, 14 Dec 2018)

He was named the 2018 Paralympic Athlete of the Year by Ski and Snowboard Australia. (snowymagazine.com.au, 02 Jun 2018)

He was named the 2017 Open Athlete of the Year at the 37th Queensland Para-sport Awards in Australia. (sportingwheelies.org.au, 23 Feb 2018)
Other sports
He competed in athletics at the 2012 Paralympic Games in London, where he won bronze in the T46 200m. (SportsDeskOnline, 24 Jan 2019; couriermail.com.au, 03 Sep 2012)
Milestones
He is the first male Australian Para athlete to have won a medal at both the summer and winter Paralympic Games. He claimed bronze in athletics [T46 200m] at the 2012 Paralympic Games in London, and then secured a gold medal and a bronze medal in snowboard [snowboard cross and banked slalom, respectively] at the 2018 Paralympic Winter Games in Pyeongchang. (theguardian.com, 13 Mar 2018)

He was the first Para snowboarder to win gold in the snowboard cross - upper limb impaired category at the Paralympic Winter Games, finishing on top of the podium at the 2018 Games in Pyeongchang. His victory also made him the first Australian athlete in 16 years to have won a gold medal in any sport at the Paralympic Winter Games. (SportsDeskOnline, 24 Jan 2019; simonpatmore.com.au, 08 Oct 2018)
Impairment
He developed Erb's palsy in his left arm at birth. The condition affects his muscle strength and movement. (paralympic.org.au, 12 Jan 2012)
Other information
ALL-ROUND SPORTSMAN
He is the first male Australian Para athlete to have won a medal at both the summer and winter Paralympic Games, claiming bronze in athletics at the 2012 Paralympic Games in London and then securing a gold medal and a bronze medal in snowboard at the 2018 Paralympic Winter Games in Pyeongchang. "I don't think you should stay in one sport whatsoever, not with this amount of opportunity that you have. I think any athlete should give any sport a go. Find out which one's the best for you. If you can keep pushing yourself to change sports or just go as far as you can with your sport, you're going to inspire others. I had the guts to go out and do it, have a go and this is the reward I get for it." (theguardian.com, 13 Mar 2018) 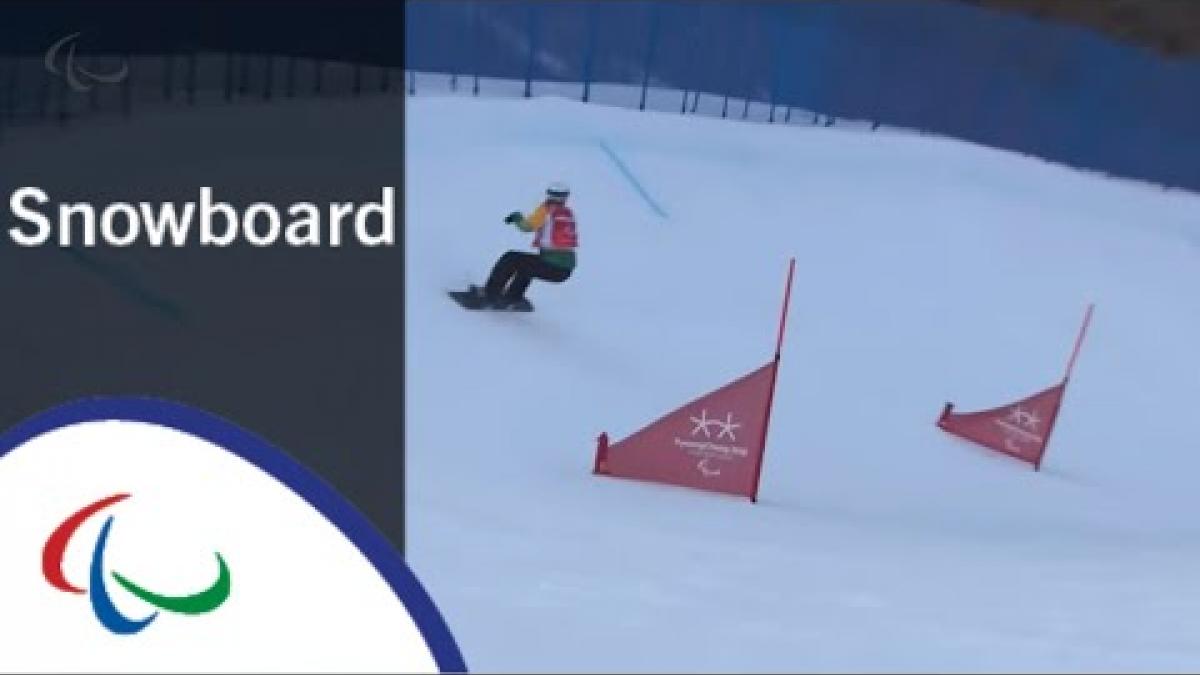