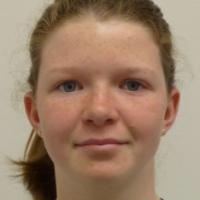 Injuries
She had wrist surgery in January 2016 which required six weeks of rehabilitation. (stuff.co.nz, 04 Feb 2016)
Awards and honours
She was named Best Female Athlete at the 2015 Halberg Junior Disability Games in Waikato, New Zealand. (stuff.co.nz, 04 Feb 2016)
Other sports
She has competed in Para swimming for her school at the Auckland secondary schools championships and at the New Zealand age group national championships. In 2018 she was invited to a Paralympics NZ regional development camp for swimming. (Carmel College Sport Facebook page, 09 May 2018; nzceo.org.nz, 31 May 2018)
Impairment
She has cerebral palsy, which predominantly affects her right side. (stuff.co.nz, 04 Feb 2016)