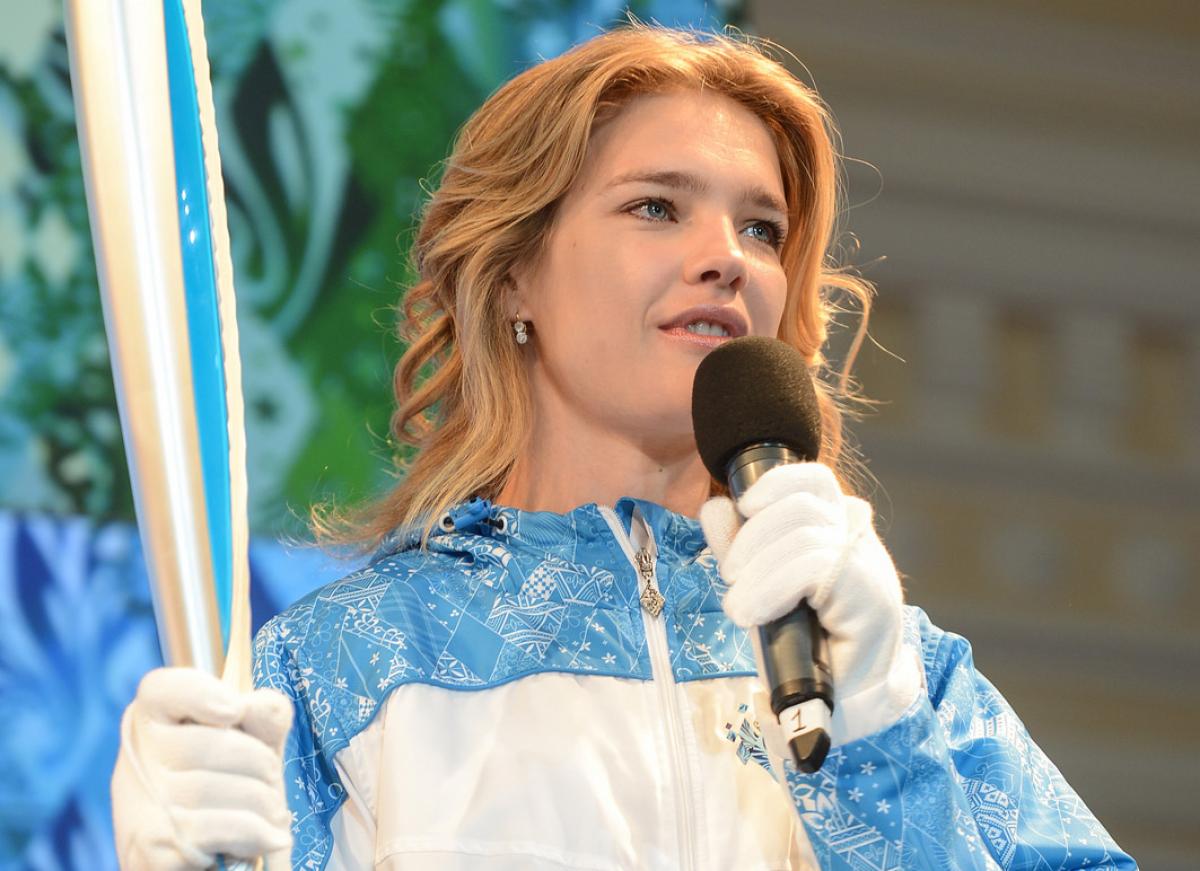 Sochi 2014 Ambassador Natalia Vodianova presenting the Paralympic torch that will be used during the Sochi 2014 Paralympic Games torch relay. © • Sochi 2014

The torch for Sochi 2014 was developed by a team of famous Russian designers and engineers. At the presentation ceremony in Moscow, the Organising Committee also unveiled the official uniform for the Paralympic torchbearers who will take part in the Sochi 2014 relay. The uniform was designed by BOSCO company, the general partner of the Sochi 2014 Olympic and Paralympic Winter Games.

The sky-blue Paralympic Torch, of which more than 1,000 editions will be produced, was presented by the Sochi 2014 Ambassadors Natalia Vodianova and Olesya Vladykina.

The concept behind the torch for the 2014 Games is based on the contrasts of Russia. It combines motifs from Russian folklore with ideas of innovation and technological breakthroughs. Its form reminds us of the feather of the magic bird, which is said to bring good fortune and happiness. Its pattern is something that all Russians have been familiar with since childhood, when they first hear the fairy tales and legends about the Firebird, or the Phoenix which rose from the ashes.

The torch design was developed by a Russian creative team led by Vladimir Pirozhkov and Andrei Vodyanik.

The designers paid particular attention to the torch's construction and its flame-lighting system. The construction of the torch ensures that the flame burns reliably in difficult conditions, such as strong winds, heavy frosts or any surprises that a Russian winter can throw up.

The torch weighs nearly 1.8 kg, is 0.95m tall, 0.145m wide at its widest part, and it is 0.54m deep. Its weight and centre of gravity were carefully calculated so as to make the torch as comfortable as possible to carry while running.

The torch and its component parts have been put through numerous tests, and have been tested in the harshest of conditions.

The Paralympic Torch is sky-blue, and symbolizes the strength of character inherent in the Paralympic movement.