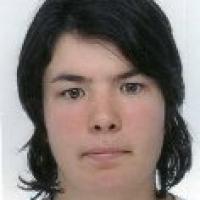 Hobbies
Badminton, free climbing, Latin culture. (VANOC, 12 Feb 2010)
Memorable sporting achievement
Winning multiple Paralympic medals, and becoming super combined and super G world champion in 2011. (skiclubpeyragudes.com, 07 Oct 2012)
Injuries
She had a third operation on her right knee in March 2009, which put her out of action for seven months. The injury was a result of her impairment. "I am hemiplegic on the right side so my muscle capacity is lower. It is my knee and my ligaments that compensate." (ladepeche.fr, 12 Mar 2010)
Impairment
She was born with hemiplegia, which causes paralysis of the arm, leg and trunk on the right side of her body. This has resulted in increased strain on her joints and ligaments. (ladepeche.fr, 23 Mar 2006)
Other information
YOUNG STAR IN TURIN
She was the youngest French competitor at the 2006 Paralympic Winter Games in Turin. She won the most medals of any French athlete at the event, claiming two golds, one silver and one bronze. (ladepeche.fr, 23 Mar 2006)

CLASSIFICATION CONTROVERSY
After winning four medals at the 2006 Paralympic Winter Games in Turin, she was accused of having an advantage over her competitors, many of whom had limb deficiencies, as her impairment did not appear to be as severe. "I have had this illness since I was a baby. Internationally recognised doctors, mandated by the federations, have done their tests and judged the degree of my handicap. They decided I could participate." (france-paralympique.fr, 01 Dec 2010)