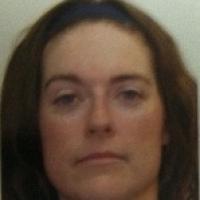 When and where did you begin this sport?
She decided she wanted to get fit at age 34, which led her to a Paralympic talent identification day in Adelaide, SA, Australia. She showed potential to compete at the highest level, and decided to focus on discus as her sport.
Club / Team
Athletics SA: Adelaide, SA, AUS
Name of coach
Cathy Lambert
Coach from what year?
2012

Hobbies
Listening to live music, spending time outside, trying new food and wine. (LinkedIn profile, 05 Nov 2013; staceycopas.com, 04 May 2013)
Memorable sporting achievement
Winning silver at the 2013 National Championships in Sydney, NSW, Australia. (staceycopas.com, 04 May 2013)
Sporting philosophy / motto
"A setback is nothing more than an opportunity to step up." (Facebook page, 01 Nov 2013)
Ambitions
To win a gold medal at the 2016 Paralympic Games in Rio de Janeiro. (staceycopas.com, 04 May 2013)
Impairment
She injured her spinal cord after diving into a shallow pool and breaking her neck at age 12. The accident resulted in quadriplegia. (staceycopas.com, 05 Nov 2013; 100leaders.org, 01 Oct 2012)
Other information
OTHER ACTIVITIES
She has been a motivational speaker since 2011, encouraging people to turn adversity into an asset through her 'Resilience For Results' system. She also volunteered for a political party when she was younger, and later stood for election in the state parliament in New South Wales, Australia. "I learned a lot and it was a massive experience for someone so young. I now know that I do not want to be a politician." (staceycopas.com, 04 May 2013; 100leaders.org, 01 Oct 2012)

ANNIVERSARY CELEBRATION
She held a charity fundraiser on the 21st anniversary of her accident. "I had to have the celebration because the accident changed my life and these days I would definitely say it changed my life for the better. I don't take things for granted, and I've had the most amazing opportunities and done things I would never have done otherwise." (100leaders.org, 01 Oct 2012)