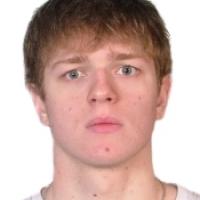 When and where did you begin this sport?
He began training in 2002 at age 10 in Rostov-na-Donu, Russian Federation.
Club / Team
Rostov-na-Donu Regional Centre of Sports Preparation: Russia
Name of coach
Denis Tveryakov, RUS, from 2013

Hobbies
Travelling. (Athlete, 06 Apr 2015)
Memorable sporting achievement
Competing in the finals at the 2012 Paralympic Games in London. (Athlete, 09 May 2016)
Most influential person in career
His first coach Alla Evdokimova. (Athlete, 06 Apr 2015)
Sporting philosophy / motto
"Aspire constantly to a goal. It is not important if that is sports or other hobbies. The main thing is that, each time you face new and at first difficult problems, you aspire to achieve them. Never stop. The one who always moves ahead achieves success." (rosswimming.ru, 20 Jun 2013)
Awards and honours
He holds the title of Honoured Master of Sport in the Russian Federation. (fss.org.ru, 28 Dec 2015)
Ambitions
To win a medal at a Paralympic Games. (Athlete, 06 Apr 2015)
Impairment
He has been blind in one eye since birth, and has 10% vision in his other eye. (nvgazeta.ru, 25 Jun 2013)
Other information
FURTHER EDUCATION
He graduated in regional studies from the Southern Federal University in Rostov-na-Donu, Russian Federation. (Athlete, 09 May 2016)