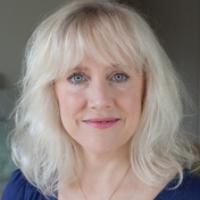 When and where did you begin this sport?
She first took part in the sport in 1999 in Park City, UT, United States of America.
Why this sport?
"I found the two loves of my life on the same day - my coach who became my husband, Marcel Kuonen, and adaptive ski racing."
Name of coach
Gregory Chambaz [national]; Marcel Kuonen [husband]
Training Regime
She trains in Saas Fee, Switzerland.

Nicknames
Hollywood (Athlete, 04 Jan 2011)
Injuries
She crashed during the super G at the 2014 Paralympic Winter Games in Sochi and was airlifted from the slopes with a fractured cheekbone and four broken teeth. She also required stitches for facial injuries and had reconstructive surgery on her lip, having bitten through it. (nytimes.com, 10 Mar 2018; sltrib.com, 12 Mar 2014)

An injury to her adductor muscle and femur meant she was unable to race in 2011 and most of 2012. She returned to competition in 2013. (teamusa.org, 15 Oct 2013)
Sporting philosophy / motto
"It really doesn't matter how much you weigh, where you work, how many kids you have, what you look like or how many medals you've won. What really matters is how authentically you live your values, serve your fellow human beings, rise up from life's challenges, pain and disappointment. The moment is now, to wake up and become more of who you truly are." (IPC, 10 Feb 2018)
Awards and honours
She was named the 2009 Paralympic Sportswoman of the Year by the United States Olympic Committee [USOC]. (skiracing.com, 22 Jan 2010)

She took part in the torch relay ahead of the 2002 Paralympic Winter Games in Salt Lake City. (teamusa.org, Mar 2014)
Ambitions
To compete at the 2019 World Championships in Slovenia and Italy. (1815.ch, 25 Oct 2018)
Impairment
In 1995 she was standing in front of a house with a friend when an out-of-control car veered into the driveway and pinned her against another vehicle. Both of her legs were amputated, and she required 12 reconstructive operations. (argonautnews.com, 23 Mar 2016; teamusa.org, Mar 2014; Athlete, 04 Jan 2011)
Other information
REPRESENTING SWITZERLAND
After representing the United States of America at four editions of the Paralympic Winter Games, she gained Swiss citizenship in 2017 and announced her intention to compete for Switzerland. "For me, the receipt of the Swiss passport has made a dream come true. I will start for Switzerland in the future. This beautiful country has become my second home. This is the perfect opportunity to thank my long-time Swiss coach and husband Marcel Kuonen." (rro.ch, 09 Oct 2017; luzernerzeitung.ch, 24 Sep 2017)

RETIREMENT AND COMEBACK
She retired from the sport following a crash at the 2014 Paralympic Winter Games in Sochi, but announced her return to competition in 2016. (luzernerzeitung.ch, 24 Sep 2017)