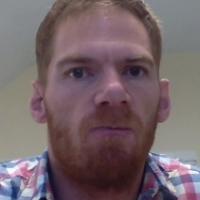 When and where did you begin this sport?
He took up the sport in 1991 at the Percy Hedley Sports Club in Killingworth, England.
Why this sport?
He has tried a number of sports, but enjoyed athletics most. He was also inspired by the success of British sprinter Linford Christie, who won gold in the 100m at the 1992 Olympic Games in Barcelona.
Club / Team
Gateshead Harriers: England
Name of coach
Ros Miller [mother], GBR, from 2006

He suffered a hip strain in the first half of 2008. He put off surgery, and the injury bothered him while he was training ahead of the 2012 Paralympic Games in London. (thenorthernecho.co.uk, 19 Jan 2013; chroniclelive.co.uk, 22 Jul 2008)
Sporting philosophy / motto
"Sport is to be enjoyed. That's the whole point so it's important not to lose sight of that. Never stop learning and never stop trying to improve. You never know more than your coach and there are always ways to get better. Don't be afraid to try new things." (smilethroughsport.com, 30 May 2014)
Awards and honours
He was named Male Personality of the Year at the 2018 North East Disability Sports Awards in England. (northumberlandsport.co.uk, 25 Mar 2019)

He was named Member of the Most Excellent Order of the British Empire [MBE] in the 2016 New Year's Honours list. (insidethegames.biz, 31 Dec 2015)

In 2009 he was given the Male Sports Personality title at the North East Disability Sports Awards. (thenorthernecho.co.uk, 30 Apr 2009)

In 2005 he was made an honorary freeman of Blyth Valley, England. (paralympics.org.uk, 13 Dec 2010)
Other sports
At age 12 he represented England in boccia. (Athlete, 09 Dec 2010; thepowerof10.info, 03 Jul 2010)
Ambitions
To compete at the 2020 Paralympic Games in Tokyo. (stephenjamesmiller.co.uk, 26 Sep 2019)
Impairment
He was born with athetoid cerebral palsy. The condition affects his balance and coordination, and causes involuntary movements. (cpsport.org, 06 Apr 2012, 28 Jan 2010)
Other information
OTHER ACTIVITIES
In July 2017 he was named a member of the International Paralympic Committee [IPC] athletes advisory group for Para athletics. He is also the founder and joint managing director of Smile Through Sport. The company is based in the north east of England and is aimed at promoting sport for people with an impairment. (Facebook profile, 27 Sep 2019; paralympic.org, 28 Jul 2017; Twitter profile, 02 Oct 2019)

LEADER
He captained the Great Britain athletics team at the 2012 Paralympic Games in London. (thenorthernecho.co.uk, 22 Oct 2014)

NEW TECHNIQUE
He revolutionised the club throw event by inventing a new over-the-shoulder throwing technique, which he preferred to the conventional front-on throw. (paralympics.org.uk, 28 Jan 2010)