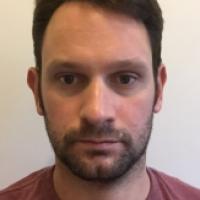 When and where did you begin this sport?
He took up the sport in January 2017.
Why this sport?
He switched from handcycling to skiing after failing to qualify for the 2016 Paralympic Games. "Through Help for Heroes I was introduced to Nordic skiing in January 2017 and I loved it straight away. It felt like another new beginning and I was extremely grateful."

Sporting philosophy / motto
"The real inspiration for me is being the best I can be." (enablemagazine.co.uk, 08 Jan 2018)
Other sports
He has represented Great Britain in Para cycling and Para biathlon. (paralympics.org.uk, 08 Dec 2017; SportsDeskOnline, 25 Nov 2020)
Ambitions
To compete at the 2022 Paralympic Winter Games in Beijing. (stevearnoldsport.com, 23 Feb 2021)
Impairment
In April 2011 he lost both his legs while serving with the British Army in Afghanistan. "I was leading a routine search operation in Afghanistan when I stood on an IED [improvised explosive device] and lost both of my legs above the knee. Initially when I stood on the device I didn't realise it was me until my team started calling my name. I tried treating myself but my team reached me and helped put the tourniquets on. It was like a burning sensation in my legs." (stevearnoldsport.com, 09 Dec 2017; helpforheroes.org.uk, 2017)
Other information
MILITARY SERVICE
He followed in the footsteps of his grandfather, his father and his brother by joining the British Army. He served for 16 years and completed tours in Kosovo, Northern Ireland, Iraq and Afghanistan. "Most boys dream of being a soldier. I realised very young that I wanted to be a part of that." (helpforheroes.org.uk, 2017)

OTHER ACTIVITIES
He has served as an athlete representative on the Invictus Games UK Delegation Board. He was vice captain of the United Kingdom team at the 2017 Invictus Games in Toronto, ON, Canada. (stevearnoldsport.com, 27 Mar 2019)