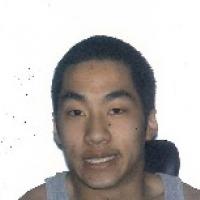 When and where did you begin this sport?
He took up athletics in 2007 at age 18.
Why this sport?
"I was playing wheelchair basketball and wanted to try something different."
Club / Team
Club Northwest: United States

FROM CHINESE TAIPEI TO UNITED STATES OF AMERICA
He was born in Chinese Taipei but was adopted at birth and moved to United States of America in early 1990. (roadrunnersports.com, May 2005)