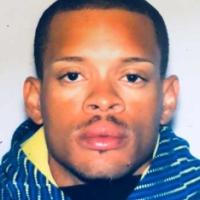 Other sports
He played American football and basketball for Golden West College in California, United States of America. (teamusa.org, 19 Jul 2018)
Impairment
He has keratoconus, a condition that causes the progressive thinning of the cornea. (teamusa.org, 19 Jul 2018)
Other information
SANCTION
In June 2019 the United States Anti-Doping Agency [USADA] announced he had been suspended for a period of four years after testing positive for a metabolite of stanozolol, 3'-hydroxystanozolol, during an out-of-competition test in October 2018. Jones claimed that the positive test was the result of a tainted supplement he had ingested. He appealed the ruling to the Court of Arbitration for Sport [CAS], which upheld the original decision. His four-year period of ineligibility began on 17 October 2018. (usada.org, 16 Dec 2019, 17 Jun 2019)