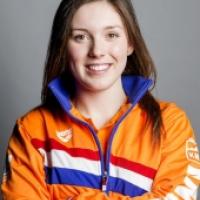 When and where did you begin this sport?
She began swimming competitively at age nine. She took up para-swimming in 2010.
Why this sport?
She returned to swimming as part of her rehabilitation after her accident. "It was good for my health and was healing my feet."

Hobbies
Singing. (Twitter profile, 10 Sep 2016)
Sporting philosophy / motto
"The accident was tragic for me and I’d rather die than go through that pain again, but seeing people with other disabilities and other challenges has been an inspiration. I’ve been humbled by the whole experience and feel so inspired." (thespec.com, 31 Aug 2012)
Awards and honours
She received the award for Best Games Debut at the 2013 Canadian Paralympic Committee Sport Awards. (paralympic.ca, 10 May 2013)

In 2011 and 2012 she was named the Female Para-Swimmer of the Year at Swimming Canada's Big Splash Awards Gala. (swimming.ca, 26 Nov 2012; Swimming Canada's YouTube channel, 30 Nov 2011)
Other sports
Before her accident she was a competitive trampoliner and swimmer, and just failed to qualify for Canada's swim team for the 2008 Olympic Games in Beijing. (swimmingworldmagazine.com, 19 Jun 2014; natation.ca, 20 Jul 2010)
Impairment
In November 2008 she was practising on a trampoline when her landing from a five-metre jump went wrong. She missed the sponge pit, landed on the concrete floor and shattered almost all of the bones in her feet. Doctors initially considered amputation, then later said she would never walk again. She had three operations to insert plates and screws and spent six months in a wheelchair, and 18 months more on crutches. She has permanent problems with the movement of her ankles and feet. (zwemkroniek.com, 29 May 2015)
Other information
SYNDROME
In December 2015 she was diagnosed with complex regional pain syndrome, which involves the peripheral and central nervous system sending faulty pain messages to the brain. The condition forced her to withdraw from selection for the 2016 Paralympic Games in Rio de Janeiro. (thespec.com, 27 May 2016)

COMPETING FOR CANADA
She originally competed for her birth country Canada, including at the 2012 Paralympic Games in London. Holding both a Canadian and Dutch passport, she decided to switch to competing for the Netherlands, and in January 2014 she received approval from the International Paralympic Committee [IPC]. In April 2014 she made her international debut for the Netherlands during the Swim Cup in Eindhoven, Netherlands. (knzb.nl, 07 Apr 2014; livetiming.knzb.nl, 02 Apr 2014)

CHILDREN'S BOOK
She illustrated and co-wrote with twin sister Julia a children's book titled 'The Night I Met the Boogie Man'. (summermortimer.com, 02 Apr 2013)

NAME
She is named after US Olympic swimming champion Summer Sanders. (tsn.ca, 28 Aug 2011)