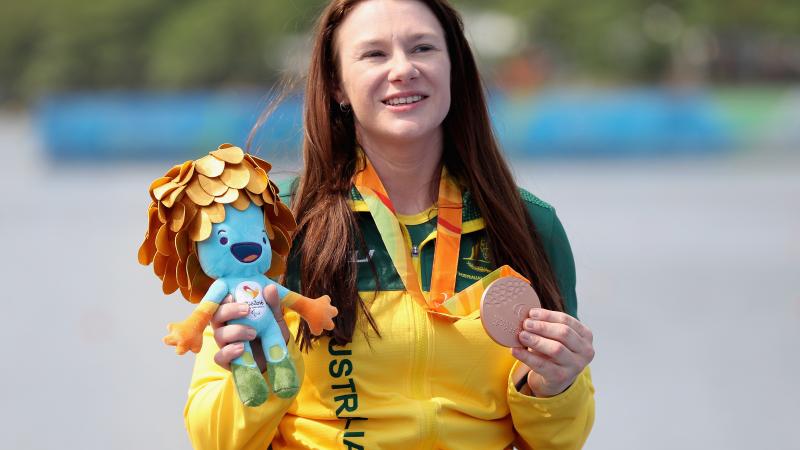 Susan Seipel was encouraged to pick up Para canoe after an Australian Canoeing “Come and Try Day” in 2012 and since has honed her skills in the sport.

After back-to-back World Championship podium finishes, Seipel earned her spot at Rio 2016, where the sport made its Paralympic debut. Seipel paddled to the women’s KL2 bronze medal, and she continues to remain a top-three contender, not just in kayak, but also the Va’a boats.

The VL2 category was the only women’s Va’a event added to the Tokyo 2020 Paralympic programme, and Seipel has shown to be amongst the strongest in the event.

After winning 2017 Worlds gold, she opened the following season with a bronze medal in the World Cup in Szeged, Hungary.

Seipel was born with a rare disorder called arthrogryposis multiplex congenital, characterised by the fusion of joints and absent muscle formation in her legs. She took up swimming and competed internationally in Para equestrian before making the switch to Para canoe.