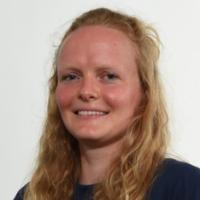 When and where did you begin this sport?
She learned to swim at age seven in Cairo, Egypt.
Why this sport?
"My family had moved to Cairo for my father's new job in 1990. I was overwhelmed by the heat. I wore both an artificial arm and leg on the left side, and my leg socket was made out of leather. My only saviour was a 50-metre swimming pool in a club over the road from our flat."

Nicknames
Susie (susannahrodgers.com, 21 Aug 2014)
Injuries
She tore the cartilage in her right knee three months before the 2012 Paralympic Games in London. She underwent keyhole surgery, and returned to training in time to compete at the Games. (bluebadgestyle.com, 04 Jan 2013)
Sporting philosophy / motto
"Train hard and be determined." (swimming.org, 2013)
Awards and honours
She was named a Member of the Most Excellent Order of the British Empire [MBE] in the 2017 New Year's Honours list for services to swimming. (bbc.com, 31 Dec 2016)
Impairment
She was born with a malformed right leg and foot. Her left leg has been amputated above the knee, and her left arm below the elbow. (susannahrodgers.com, 20 Feb 2013)
Other information
RETIREMENT
In May 2017 she announced her retirement from competitive swimming. "I knew after Rio [2016 Paralympic Games] that I could be ready to step away from competitive sport, but I needed a few months to think things over and to use some time to come to a decision. Being awarded an MBE [Most Excellent Order of the British Empire] in the [2017] New Year's honours was a final perfect way to round off eight years at the top. I leave the sport with 30 international medals and I am proud of my swimming career." (rio.paralympics.org.uk, 02 May 2017)