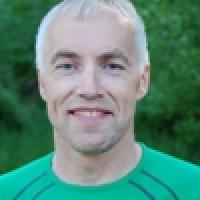 When and where did you begin this sport?
He began para-skiing in 1982.
Name of coach
Torbjorn Pettersen Broks [national], NOR
Training Regime
.
Handedness
Right

Injuries
He broke several ribs and punctured a lung when warming up for the 10km classic competition at the 2010 Paralympic Winter Games in Vancouver, requiring him to pull out of the event. He was only able to compete in the 20km free competition. (skiforbundet.no, 21 Mar 2011)
Impairment
He contracted polio in his left leg at seven months old. He was one of the last people in Norway to contract polio, which has since been eradicated from the country. (skiforbundet.no, 21 Mar 2011)