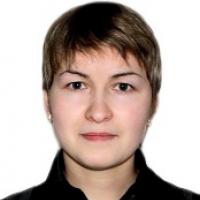 When and where did you begin this sport?
She took up the sport seriously in 2007 in Mirniy, Russian Federation.
Why this sport?
She was inspired to begin training by her aunt Svetlana Egorova, who was a physical education teacher.
Club / Team
Pomorie Regional Centre of Sports Preparation: Arkhangelsk, RUS
Name of coach
Vyacheslav Sadovnikov, RUS, from 2010

She was presented with the Order of Friendship in recognition of her performances at the 2012 Paralympic Games in London. (nworker.ru, 14 Sep 2012)