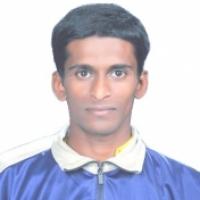 When and where did you begin this sport?
He took up rifle shooting in 2009 and began participating in competitions from 2012.
Why this sport?
"Shooting attracted me as it gives you an instant result, you take a shot, and the score is visible to you within a fraction of a second. The gun also attracted me as it symbolises power and precision."
Club / Team
Gun For Glory Shooting Academy: India
Name of coach
Kiran Khandare [club]; JP Nautiyal [national]

Hero / Idol
Indian shooter Rahi Sarnobat. (thebridge.in, 29 Jun 2021)
Awards and honours
In 2019 he was presented with the Shiv Chhatrapati Award by the state government of Maharashtra in India. (maharashtratoday.co.in, 13 Feb 2019)
Impairment
His impairment is a result of the effects of polio. He contracted the illness as a child. (indianexpress.com, 22 Jan 2017)
Other information
EARLY DAYS
He received assistance from coaches Ajit Patil and Yuvraj Salunke at Dubhali Shooting Academy in Kolhapur, India, when he took up the sport in 2009. "Taking up shooting was difficult for me initially. The shooting range was far away from my home and my family's poor finances did not allow me to have my own weapon and a kit. I had to ask the coaches for a weapon, and they provided me an old rifle, more than 10 years old, which was shared by four to five shooters. Seeing my dedication and determination to learn shooting, they even helped me with pellets for practice. Despite shooting with borrowed rifles, I did well and soon was selected for international competitions and was under the tutelage of Ajit Patil sir and Salunke until 2016 before moving to Pune to join the Gun for Glory academy set up by Olympic bronze medallist shooter Gagan Narang." (Gun For Glory Facebook page, 30 Aug 2021)